Posted at 22:56h in published by Benjamin Prudhomme 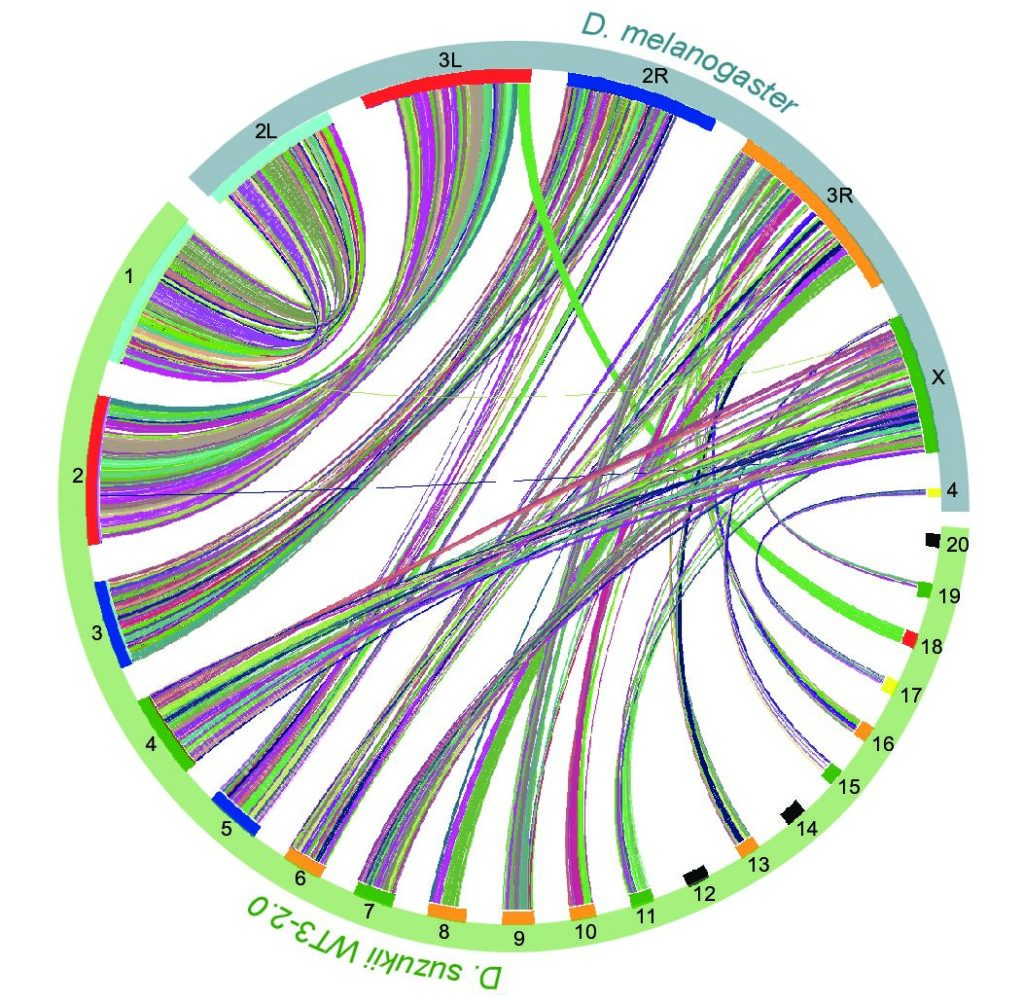 Over the past decade, the spotted wing Drosophila, Drosophila suzukii, has invaded Europe and America and has become a major agricultural pest in these areas, thereby prompting intense research activities to better understand its biology. Two draft genome assemblies already exist for this species but contain pervasive assembly errors and are highly fragmented, which limits their values. Our purpose here was to improve the assembly of the D. suzukii genome and to annotate it in a way that facilitates comparisons with D. melanogaster. For this, we generated PacBio long-read sequencing data and assembled a novel, high-quality D. suzukii genome assembly. It is one of the largest Drosophila genomes, notably because of the expansion of its repeatome. We found that despite 16 rounds of full-sib crossings the D. suzukii strain that we sequenced has maintained high levels of polymorphism in some regions of its genome. As a consequence, the quality of the assembly of these regions was reduced. We explored possible origins of this high residual diversity, including the presence of structural variants and a possible heterogeneous admixture pattern of North American and Asian ancestry. Overall, our assembly and annotation constitute a high-quality genomic resource that can be used for both high-throughput sequencing approaches, as well as manipulative genetic technologies to study D. suzukii.