Posted at 23:35h in published by Benjamin Prudhomme 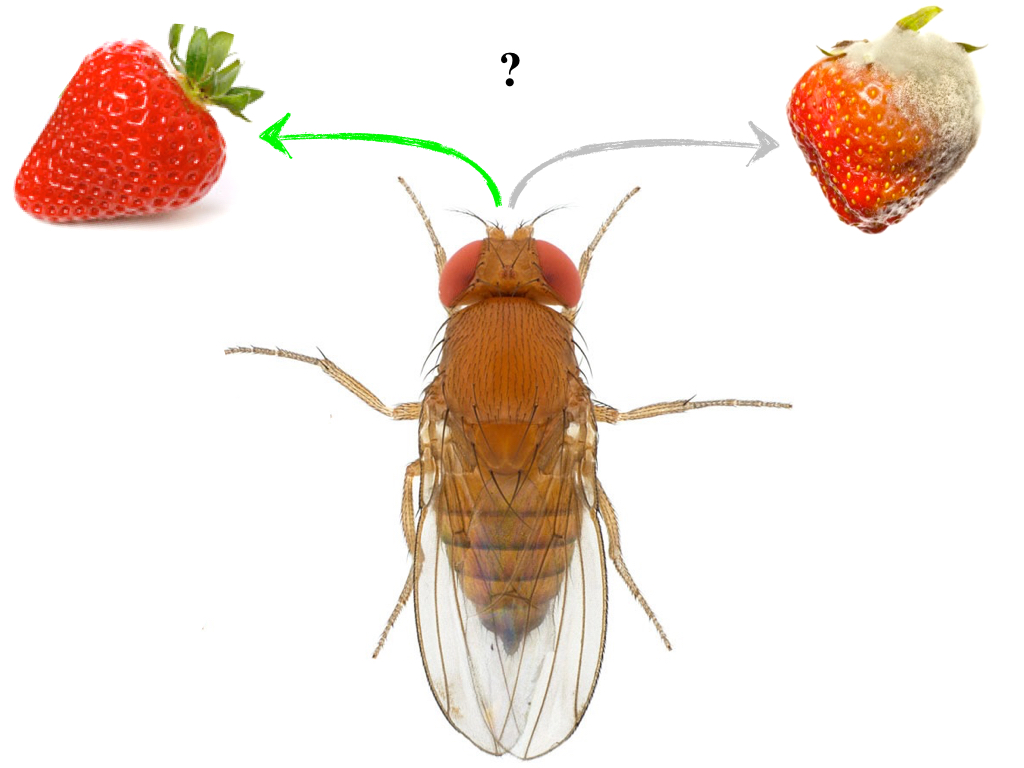 The rise of a pest species represents a unique opportunity to address how species evolve new behaviors and adapt to novel ecological niches. We address this question by studying the egg-laying behavior of Drosophila suzukii, an invasive agricultural pest species that has spread from Southeast Asia to Europe and North America in the last decade. While most closely related Drosophila species lay their eggs on decaying plant substrates, D. suzukii oviposits on ripening fruit, thereby causing substantial economic losses to the fruit industry. D. suzukii has evolved an enlarged, serrated ovipositor that presumably plays a key role by enabling females to pierce the skin of ripe fruit. Here, we explore how D. suzukii selects oviposition sites, and how this behavior differs from that of closely related species. We have combined behavioral experiments in multiple species with neurogenetics and mutant analysis in D. suzukii to show that this species has evolved a specific preference for oviposition on ripe fruit. Our results also establish that changes in mechanosensation, olfaction, and presumably gustation have contributed to this ecological shift. Our observations support a model in which the emergence of D. suzukii as an agricultural pest is the consequence of the progressive modification of several sensory systems, which collectively underlie a radical change in oviposition behavior.