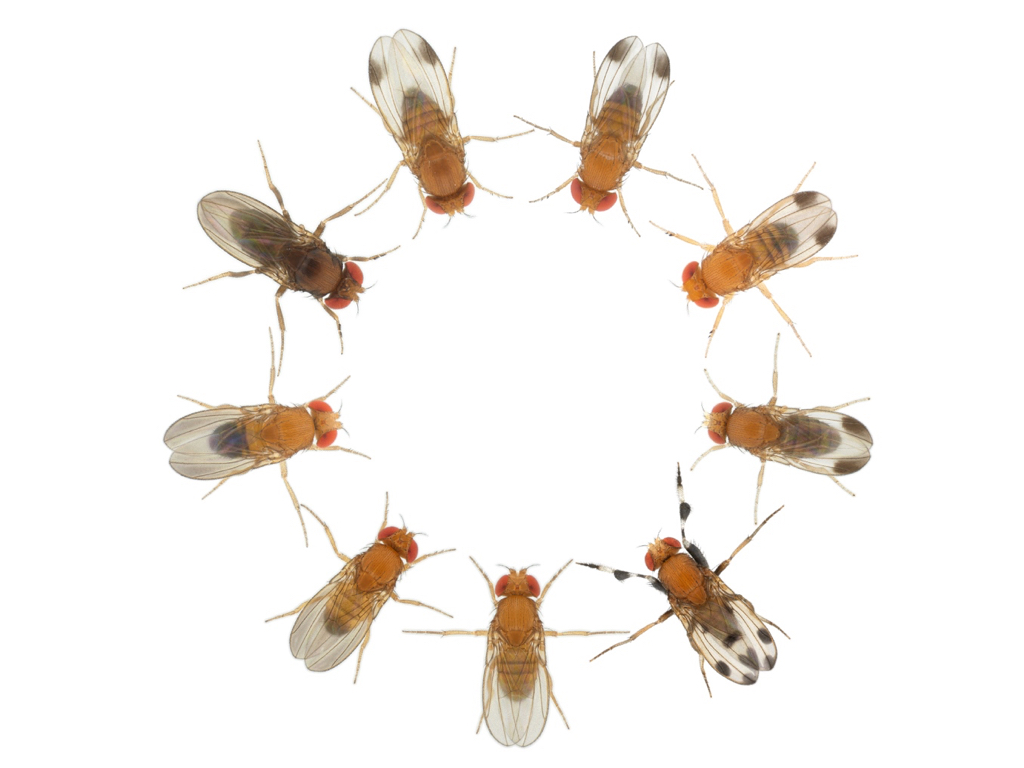 The typical pattern of morphological evolution associated with the radiation of a group of related species is the emergence of a novel trait and its subsequent diversification. Yet the genetic mechanisms associated with these two evolutionary steps are poorly characterized. Here, we show that a spot of dark pigment on fly wings emerged from the assembly of a novel gene regulatory module in which a set of pigmentation genes evolved to respond to a common transcriptional regulator determining their spatial distribution. The primitive wing spot pattern subsequently diversified through changes in the expression pattern of this regulator. These results suggest that the genetic changes underlying the emergence and diversification of wing pigmentation patterns are partitioned within genetic networks.