Posted at 23:19h in published by Benjamin Prudhomme 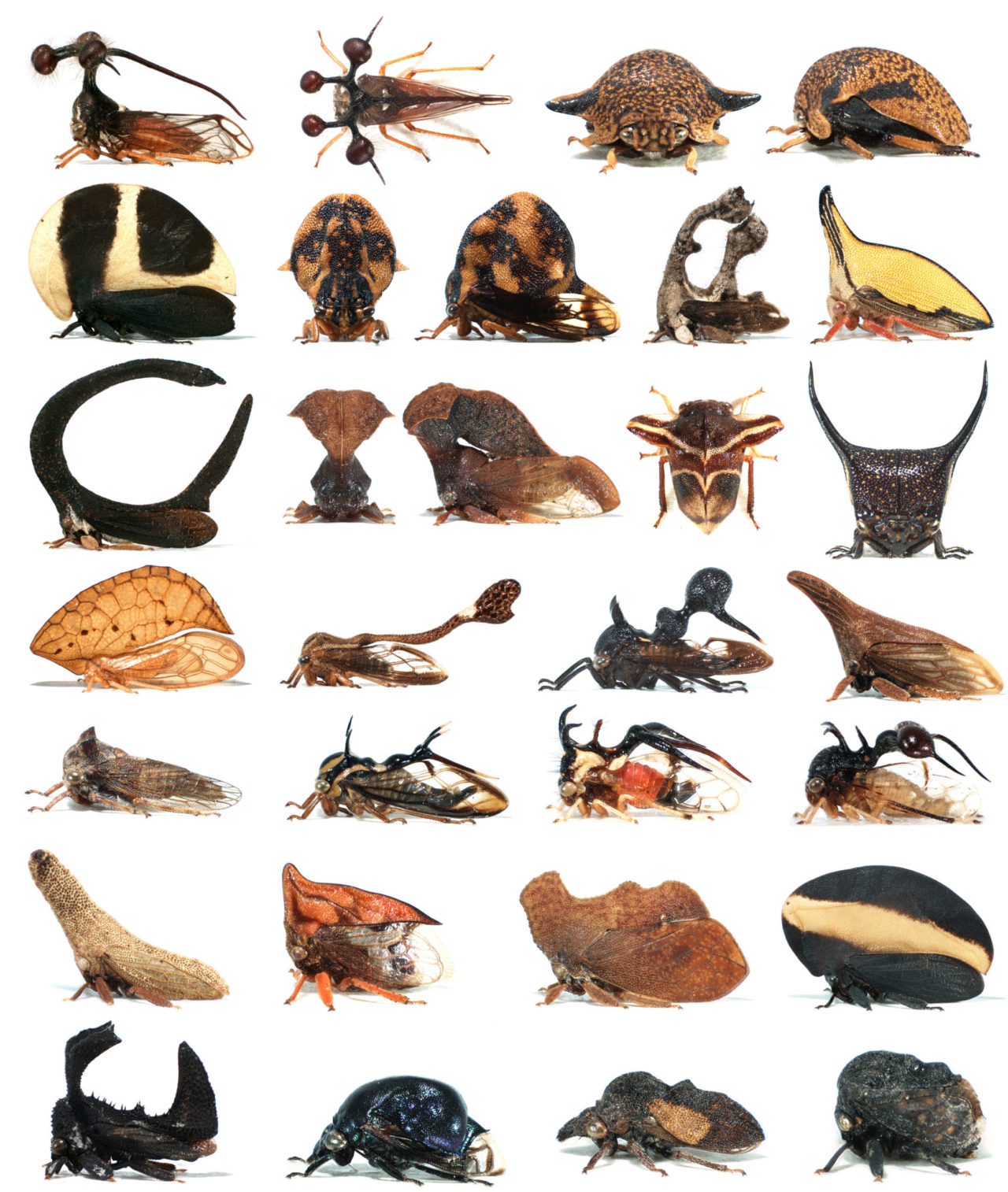 Body plans, which characterize the anatomical organization of animal groups of high taxonomic rank, often evolve by the reduction or loss of appendages (limbs in vertebrates and legs and wings in insects, for example). In contrast, the addition of new features is extremely rare and is thought to be heavily constrained, although the nature of the constraints remains elusive. Here we show that the treehopper (Membracidae) ‘helmet’ is actually an appendage, a wing serial homologue on the first thoracic segment. This innovation in the insect body plan is an unprecedented situation in 250 Myr of insect evolution. We provide evidence suggesting that the helmet arose by escaping the ancestral repression of wing formation imparted by a member of the Hox gene family, which sculpts the number and pattern of appendages along the body axis. Moreover, we propose that the exceptional morphological diversification of the helmet was possible because, in contrast to the wings, it escaped the stringent functional requirements imposed by flight. This example illustrates how complex morphological structures can arise by the expression of ancestral developmental potentials and fuel the morphological diversification of an evolutionary lineage.